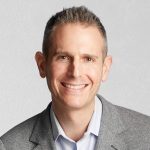 Following that, he received an MS in Epidemiology from the Harvard Public School of Health and an Advanced Fellowship in Inflammatory Bowel Disease at Massachusetts General Hospital, Harvard Medical School.

After his advanced training at Harvard Medical School, Dr. Bressler has continued to treat patients, educate students and share his insights with fellow gastroenterologists at conferences and advisory boards.

Ranked in the top 50 Crohn’s and ulcerative colitis experts in the world out of 50,000 gastroenterologists.