Many people with Crohn’s disease or ulcerative colitis have expressed interest in trying medical marijuana to manage their symptoms. Others have simply engaged in the practice on their own, without seeking their doctor’s input. So what does science have to say on the subject? Is it safe? And more to the point, is it actually beneficial? There’s no easy answer to this question, yet. But emerging results are intriguing, to say the least. 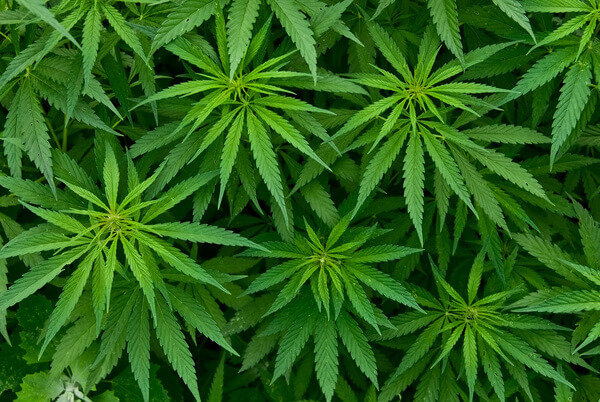 Subscribe now for a FREE copy of our Crohn’s and Colitis e-book!

We will send you occasional update. Subscribe with the button below.

Cannabinoids exert their effects in the human body by binding with specialized structures—dubbed endocannabinoid receptors—on the surface of various types of cells. These receptors are scattered throughout the body, but they’re especially well represented within the gastrointestinal tract. They can be thought of as ignition locks. In this analogy cannabinoids are the keys. Once inserted into the locks, they activate certain cellular responses. Some of these responses may involve events that modulate inflammation and pain.

Studies have shown that the endocannabinoid system is involved in virtually all major immune system functions. We also know “the wall of the gastrointestinal tract houses all components of the endocannabinoid system,” as noted in a recent article in the medical journal, Pharmacology. Accordingly, it’s not unreasonable to assume that using plant-based cannabinoids (from marijuana) might affect inflammatory processes in the body. And especially, the gut.

Research on rodent models of human colitis have shown that cannabinoids can be used to reduce inflammation at the level of involved tissues and individual cells. Among humans, cannabis has been used to treat a number of gastrointestinal disorders, including vomiting, diarrhea, and anorexia.

The Current State of Research

Obviously, marijuana has been illegal for most people to grow, purchase, or use for decades, throughout much of the world. This has sharply hindered academic research into the potential benefits of cannabinoids. In recent years, though, numerous states have passed medical marijuana laws. These allow patients to legally obtain and use limited quantities of regulated marijuana and related products to treat their ailments. Some states have decriminalized marijuana possession, while others have passed laws that allow for recreational use of the drug. Clearly the situation is rapidly evolving, but support for greater access to this plant, for any number of reasons, appears to be gaining critical mass.

Which brings us to the present state of research. It’s still early days, but preliminary research is encouraging. In 2013, Israeli researchers published the results of a small study consisting of 21 men with active Crohn’s disease. Subjects had failed to respond to standard drug therapy, including steroids, immunomodulators, and “biologics;” drugs such as anti-tumor necrosis factor alpha agents. Subjects were randomly assigned to smoke two cigarettes daily. Some patients received marijuana with a known (potent) concentration of THC. The rest received dummy marijuana flowers, from which the THC had been removed. The experiment lasted for two months, followed by two weeks of subsequent assessment.

Forty-five percent of the THC subjects achieved complete remission. In contrast, only 10% of the subjects in the placebo group entered remission during the study. A clinical response, defined as a drop in the Crohn’s Disease Activity Index (CDAI) score of more than 100, was achieved in 90 percent of THC subjects. In contrast, only 40 percent of placebo subjects experienced this level of disease symptom improvement. Furthermore, three patients in the THC group were able to be weaned off steroids. The test subjects who took THC-rich cannabis twice daily reported improved appetite and sleep, and no significant side effects. In summary: 90 percent of patients using marijuana in this small study achieved “significant clinical, steroid-free benefits…compared with placebo, without side effects.”

Critics pointed out that improvements were rather more subjective than clinically objective. They noted a need for clear evidence of reduced intestinal inflammation, rather than simple pain relief. This is a valid point.

While this small study seems to indicate an obvious benefit, another recent study appears to show that cannabis use should be viewed with great caution. Writing in Inflammatory Bowel Diseases (the Official Journal of the Crohn’s and Colitis Foundation of America), in 2014, researchers from the University of Calgary reported that while patients with Crohn’s disease or ulcerative colitis reported symptom relief, cannabis use was also associated with a higher risk of surgery in patients with Crohn’s.

Specifically, the use of cannabis for six months or more was “a strong predictor of requiring surgery in patients with Crohn’s disease.” The report relied on patient questionnaires and statistical analysis of medical records to reach these conclusions. This is arguably less reliable than a placebo-controlled study. But it raises red flags.

The two studies mentioned above appear to contradict one another. But it’s important to note that the former involved just eight weeks of marijuana use, while the latter looked at patients who used cannabis continuously for six months or more. Nevertheless, these studies underscore the need for further, well-designed clinical trials to evaluate the safety and potential efficacy of cannabis for the treatment of Crohn’s disease and ulcerative colitis. Until it can be proven that cannabis does no additional harm, we cannot recommend its use. As always, though, we recommend that you discuss the issue with your physician(s) if you’re interested in pursuing this issue.

>> See how you compare to other people with Crohn’s or colitis. Take the test.